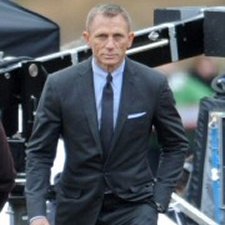 The James Bond producers Barbara Broccoli and Michael G. Wilson have expressed their gratitude to the cinema-going public in the UK for making the new 007 movie ‘Skyfall’ the highest grossing film of all time at the British box office.

In an official press release issued by Eon Productions on December 5, the Bond producers said they were ‘overwhelmed with gratitude’ to the UK’s public. The press release opened: ‘Eon Productions, Metro-Goldwyn-Mayer Studios and Sony Pictures Entertainment are delighted to announce that “Skyfall” has made history in the UK and become the highest grossing film of all time’.

The statement continued: ‘Skyfall has now taken a staggering £94,277,612 at the UK box office in just 40 days on release, making box office history and overtaking the record previously held by Avatar which had a lifetime gross of £94,025,632 million during 11 months on release in UK cinemas’.  The press release added that, in response to the fantastic news, Broccoli and Wilson said: ‘We’re overwhelmed with gratitude to the cinema-going audiences in the UK who have made Skyfall the highest grossing film of all time. We are very proud of this film and thank everybody, especially Daniel Craig and Sam Mendes, who have contributed to its success’.

Newspapers in the UK also gave excited coverage to the latest information about Skyfall’s amazing box office triumph. The British newspaper The Independent (December 6), for example, pointed out that it’s an even more astonishing achievement given the fact that, in contrast to James Cameron’s 3D epic  Avatar, the 23rd Bond movie was released only in conventional 2D form – meaning that ticket prices are usually cheaper than movies in 3D. The newspaper quoted the London-based British Film Institute as saying: ‘Potentially more eyeballs might have seen the film because it’s not a 3D film. It absolutely has been capturing people’s imagination’.

As Bond fans will know, the new James Bond film also broke other records in the UK shortly after its release, including the best opening weekend figures for any Bond film in the 50-year old series. The new 007 movie also recently returned back to being no.1 at the UK box office, knocking the new Twilight film off its perch. After its recent success in Europe, the USA and Canada, Skyfall has also broken records in Australia and New Zealand, and is repeating this triumphant pattern in Japan.

Bond, to coin a term, is well and truly back.