A View on a Thrill: new trailer praised 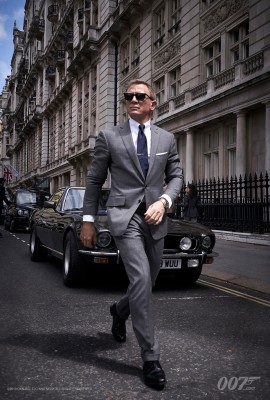 There were very enthusiastic media responses to the release of the new teaser trailer to No Time To Die, which was made available on Wednesday, 4th December. The overwhelming critical view is that the teaser trailer was a thrill well worth waiting for, and general Bond fan reaction has also been hugely positive.

British media outlets and newspapers led the way, many of them offering details and initial analysis of the trailer, and speculating on what clues it possibly holds about the plotline for the new 007 movie when it hits our screen in April, 2020.

The London Metro newspaper, for example, placed images from the new trailer at the top of its front page and, inside, gave a good account of the first public screening of the trailer, which took place in New York’s Time Square (at which Daniel Craig took centre page, along with Lashana Lynch, Lea Seydoux, Rami Malek and director Cary Fukunaga). As the newspaper noted, thousands of people attended this special event.

The newspaper also discussed the cast’s appearance on ABC’s Good Morning America, where Rami Malek paid heartfelt tribute to Daniel Craig, telling him: ‘You are as timeless as these films. You’ve done a magnificent job’.

Another UK newspaper that gave enthusiastic coverage to the new trailer was the Daily Mail, which placed a large photo of Ana de Armas on its front cover, calling her the ‘Mystery girl bewitching Bond’. In two full pages of coverage, the newspaper proclaimed of the trailer: ‘It has all the ingredients we have come to expect of the franchise over more than half a century’.

Similarly, the London Times newspaper headlined its coverage with ‘Bond is going great guns again’. In this report, there was particular focus on Bond’s Aston Martin DB5 and its pair of multi-barrelled machine guns hidden in recesses behind the car’s headlights. Bond, spinning the car in a circle, quickly finishes off the surrounding gunmen in an Italian square. The newspaper then gave its readers a history of the DB5 and other vehicles used by 007 in the films. As the Times noted, the appearance of the classic DB5 ‘is a traditional touch for a film that is breaking several of the franchise’s traditions’.

Watch this space for further news developments as they unfold. You know the name, and you know the number. 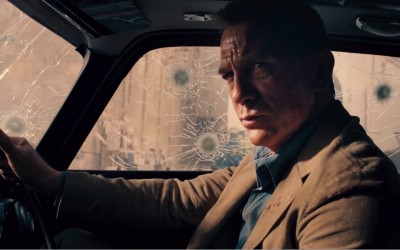