A Fitting End to the Craig Era: More verdicts on Bond 25 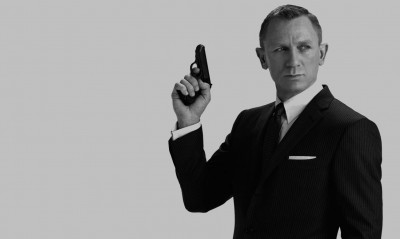 All time high! Britain’s leading film and sci-fi magazines, which have just hit leading retail outlets, have finally been able to catch up with No Time To Die (NTTD) and publish their reviews, after the timing of the release of the movie in the UK worked against immediate reviews in their magazine publication and distribution cycle. And it is all high further praise for our man Bond, James Bond, with plenty of positive comments on the eagerly anticipated 25th entry.

Britain’s best-selling movie magazine Empire, for example, in its new December, 2021, edition, gives the movie a strong four stars. The magazine acknowledges that it is a  hard thing to make a Bond movie, and the 25th in the series ‘was surely the hardest journey yet’, with a change of director, a two-year delay in release brought about by the pandemic, and an outgoing Daniel Craig as Bond who had appeared reluctant to play 007 again after Spectre.

But, as far as Empire is concerned, the new Bond adventure does things that no Bond film has ever done, ‘and despite relying heavily on tropes that feel not only familiar but comforting, it is the unfamiliar things it does that make this such an exciting entry’.

Focusing on Daniel Craig, the magazine argues that his performance – which has always been rich with contradictions – ‘is the most interesting it has ever been in this film’. He has breathed ‘remarkable new dimensions into a decades-old character’. Similarly, Empire is very pleased with the choice of director, Cary Fukunaga: ‘Fukunaga, it seems, was an ideal choice of director, skilfully balancing the contradictions of the character and the franchise….’. The magazine also notes that Fukunaga has given the movie ‘a stunning, surprising finale that gives Craig the send-off he deserves’. All in all, the magazine’s verdict on NTTD is that: ‘For an actor who strove to bring humanity to a larger-than-life hero, it’s a fitting end to the Craig era’.

Britain’s other leading popular film magazine, Total Film (issue 317, November, 2021) is also evidently more than satisfied with NTTD, and also gives it a well-deserved four stars. The magazine notes that, after such a long wait, you certainly ‘get a lot of bang for your buck’, and for fans of Craig’s run as the character, ‘there’s plenty here to satisfy’. Again, as with Empire, Total Film has good things to say about the director, Cary Fukunaga, who ‘manages to find a nice balance between hitting the Bond checklist and incorporating stylistic flourishes that prevent it from feeling stale’, including some ‘riveting’ action sequences.

While the magazine argues that Rami Malek’s villain, Lyutsifer Safin, lacks presence and proves to be an ‘underwhelming foil’, Craig, on the other hand, according to Total Film, is given just what he needs, ‘with a performance that offers a fitting end to his tenure, ensuring that he’ll be forever jostling for a place at the top of those Best Bond lists’.

Britain’s leading popular sci-fi magazine SFX (issue 346, December, 2021) is also very happy with NTTD, and gives it four-and-a-half stars, saying the movie is ‘Fully Bonded’. As far as SFX is concerned, after the delay caused by Covid, NTTD ‘finally arrives as a confident, heartfelt and creatively audacious entry in the Bond canon’. The movie is ‘an emotionally impactful curtain call for Daniel Craig’, and restores ‘the scale, stakes and outsized imagining of classic Bond adventures’. Craig is ‘on fire’ in the movie, by turns impish, murderous and soulful: ‘It’s fitting that the only movie incarnation of Bond with an origin story earns an equally solid conclusion’.

All three magazines are currently on sale at all good retail outlets in the UK. For Bond magazine collectors, it is more double-o-heaven. 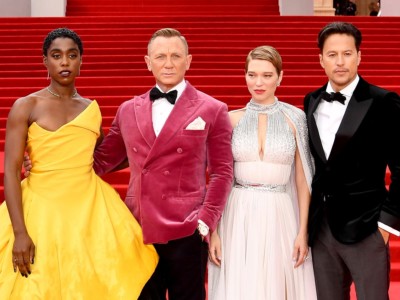