A Fan With AView 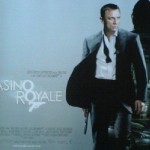 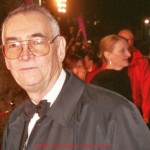 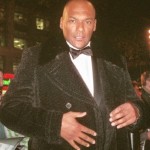 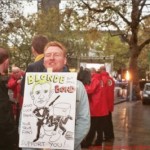 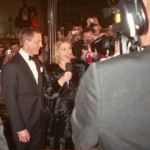 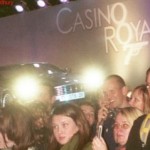 Consider me strange but there is nothing quite like (literally) soaking up the atmosphere a Bond premiere as a spectator: hanging around the West End of London (usually in the rain), leaning over the crash barriers and getting in the way of the world’s press!  Sure, I could be tuxed up and make a generous donation to charity and watch the film catching a glimpse of the latest 007 or his leading ladies but there is a grass roots’ excitement in being part of the crowd! Since The Living Daylights premiered on 29th June 1987, I have always taken the day off work and loitered around the venue to sample the electric energy of a Bond-starved crowd. Although these days movie premieres are as common as pigeons inLondon, nobody does it better than Bond: they arguably helped create the whole celebrity film premiere on the scale we now see.

14th November 2006 and yet again I find myself wandering around Leicester Square in the rain, but this year it’s different: a new 007 and a new studio (Sony); the whole night is either a PR department’s nightmare or dream come true. Demand for tickets for the premiere has been higher then ever before, so much so that Sony have put on three simultaneous screenings in the three main West End cinemas: The Odeon Leicester Square is hosting the main premiere with the Queen and Prince Philip and cast and crew in attendance; the Empire has a Sony charity screening; and opposite at the Odeon West End is another charity screening for various celebrities and members of the public.

I arrive around midday and because of heavy rain I’m not sure if I want to stand around all day in the wet. The only thing I’ve brought with me is my camera and a packet of Casino Royale playing cards. For now nobody is allowed to enter the garden in the square and fans are told to queue around the outside while the area is prepared for the evening. The hours tick by slowly and I find it amusing when a bunch of Bond fans (myself included) start cheering at the simplest things, like posters and bunting being tied to a tree by a man in a cherry picker crane!

We spend most of our time working out where we will be positioned, so at around 5pm when the gates are opened it’s like a cattle stampede – we all run to the front of the barriers with everyone pushing and shoving like fans at a Bon Jovi concert. Soon afterwards the soundtrack to Casino Royale starts playing on huge speakers positioned in and around Leicester Square, just across from us I can see a stage with the latest Aston Martin positioned on it.  Several members of the press come over to talk to myself and my friend, Joe Story – mainly thanks to the home-made sign Joe has brought, saying ‘BLONDE BUT STILL BOND! GOOD LUCK DANIEL.’ They are interested in our opinions on Daniel Craig as James Bond.  Joe ends up making the front page of the next day’s London Times. Just before 6pm Daniel Craig arrives to the sound of the James Bond theme tune. He steps out of his chauffeur driven car and the crowd goes wild. It’s so noisy, I think Aerosmith are playing Wembley – the atmosphere is fantastic! It’s obvious that Daniel Craig has turned up first so that he has time to spend at least two hours with the press, doing interviews and has some ‘Tom Cruise-style’ fan time. He does it very well indeed.

Other stars like avowed Bond fan, Jay Kay of Jamiroquai also show up.

Mads Mikkelsen spends a long time with the fans and is quick to come over to us. He is very pleasant, if slightly intimidating in a Kevin Spacey-like manner, and I can see why the producers chose him for the role of Le Chiffre. Daniel is besieged by the worldwide press gathered in a pen and on the red carpet. At one point it finally looks like he’s coming our way his way when one of the PR ladies mentions yet another interview for TV. ‘Make them wait!’, he says firmly. Great!. He spots Joe’s banner and marches across the red carpet towards us shouting out ‘What’s that?’, then laughs as he realises what it says and that Joe is on his side! He signs as many, photos, banners and posters as he can in the few minutes he spends with us and I manage to get a few semi decent photos. He signs one of my Casino Royale ace card and tells me ‘Don’t play poker it’s bad for your health!’ before heading off to the main stage to join other members of the cast and crew for more interviews.

By the end of the evening, I have a full set of signed aces. Ace! Finally I meet with friends for a drink then settle down in the Odeon for the first public late night screening. It might be a cold wet late night but there’s no way I’m going to miss this performance!

MARK WITHERSPOON is a graphic designer and lives in the UK. He is the founder of The Fridge Club and is a contributing writer to Kiss Kiss Bang Bang magazine.