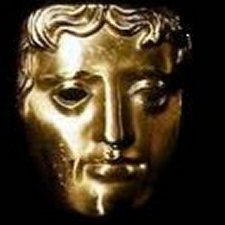 In a hopeful sign for the upcoming Oscars, it was announced on Wednesday, January 9 that the latest 007 movie Skyfall has gained nominations in eight BAFTA categories in the UK.

At just before 8.00am this morning, the British media began to cover the breaking news about the EE British Academy Film Awards (BAFTA) nominations, and relayed some excellent news about Skyfall.

The only slight disappointment, as the BBC’s film critic Mark Kermode quickly pointed out on the channel’s ‘Breakfast’ TV programme, was that the new James Bond movie did not make  it into BAFTA’s ‘Best Film’ nominations category. After all, as Kermode noted, even former 007 Timothy Dalton recently said James Bond now deserved proper awards recognition. Similarly, there was no British candidate in the ‘Best Director’ category, which is probably a bit of a disappointment to Sam Mendes, given the tremendous impact of Skyfall.

Nevertheless, the eight nominations have still been widely seen as a response to the outstanding achievements of Skyfall during 2012, which has become the most successful film of all time at the British box office, and has broken numerous other box office records around the globe.

Responding to the news, James Bond producers Michael G. Wilson and Barbara Broccoli said: ‘We are absolutely thrilled Skyfall has received eight nominations from the British Academy. We thank everybody who has voted for Skyfall and all those who have contributed to the film’s continuing success’.

The eight Bond-related BAFTA nominations are:

The BAFTA winners will be announced at the 2013 EE British Academy Film Awards ceremony on the evening of Sunday, February 10, to be held at London’s famous Royal Opera House, which is located in the Covent Garden area of central London (not far from Leicester Square).

The most hotly favoured movie is Steven Spielberg’s epic biopic Lincoln, which gained the most BAFTA nominations, with 10 nominations, including in the ‘Best Film’ category. The nominations for this year’s BAFTAs were voted on by 6,500 members.

Amanda Berry, BAFTA Chief Executive, told the London Evening Standard newspaper (January 9) that the BAFTA ceremony was international and the race was ‘wide open’, but added: ‘Looking back at 2012, which was such a big year for the UK, it feels absolutely right to see Skyfall there’.