007 Celebrated in ‘Best of British’ 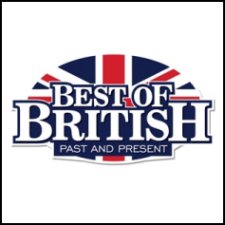 The new edition of the UK’s popular nostalgia magazine ‘Best of British: Past and Present’ celebrates all things James Bond, ranging from the life of Ian Fleming through to the impact of the official 007 film franchise.

The magazine carries a classic still of Sean Connery as Bond on the front cover and announces that it is celebrating ’60 years of Bond: The Books, Cars, Gadgets and Songs’. Introducing the Bond special issue, the magazine’s editor Chris Peachment writes that he learned so much after his father took him to see ‘Dr. No’ at the cinema: ‘I shall always be grateful to Ursula Andress for emerging from the waves in that white bikini. For the first time I began to have an inkling of what life might be about’.

The first article in the ‘Best of British’ special Bond issue is entitled ‘The Birth of Bond’, in which Jonathan Scott takes readers through the precursors, genesis and publishing history of Ian Fleming’s fictional creation. A second article in the magazine, ‘Bond on Song’, written by Lin Bensley, explores the evolution of the music used in the James Bond films, and gives a personal selection of the ‘bold, brash and beautiful’ songs.

Further on in the magazine Francois Pins profiles ‘Bond’s Cars’, while later a special section is devoted to o07’s cuisine, reminding us that food played a major role in Ian Fleming’s novels, and providing suitable recipes to those who want to recreate Vodka Strawberries, or Scrambled Eggs with Melba Toast.

The magazine also carries an article by Simon Stabber on the gadgets of ‘Q’ branch, and there is a brief profile of the 81-card Bond set available from the London Cigarette Card Co Ltd. Towards the end of the magazine, a ‘Window on the Past’ section looks at ‘The Beginnings of Bond’, featuring photos of places and locations used in the Fleming novels.

Finally, the magazine offers an article by David Brown on the Nene Valley Railway, a heritage railway near Peterborough in the English county of Cambridgeshire, and one that played a key role in two James Bond films, ‘Octopussy’ (1983) and ‘Goldeneye’ (1995).