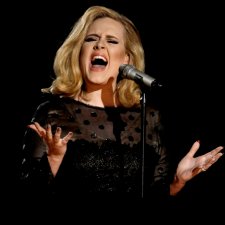 In some long-awaited news from the USA, it was announced on January 10 that the latest James Bond movie Skyfall has picked up 5 Oscar nominations, including one for the British singer Adele for her theme song to the film.

Perhaps inevitably, most of the attention in the UK’s media on the 007-related Oscars news has focused on Adele’s fantastic and well-deserved nomination. The Daily Mail website Mailonline, for example, reported within hours that Adele had taken to Twitter to express her delight to be nominated for her Bond song. In a sense, Adele’s Oscar nomination crowns a truly fantastic year for the 24-year old singer from Tottenham in London, who recently became a mother and has also just seen her second album 21 become the fourth biggest selling album in British chart history.

The 007-related Oscar nominations are:

Again, as with the BAFTA nominations in the UK, it has to be noted that these nominations have brought forth some markedly mixed reactions. On the one hand, the fact that Skyfall has been nominated in five Oscar categories is excellent news. There is particular excitement about the chances of Roger Deakins and Adele/Paul Epworth in their nomination categories. Moreover, the ‘Sound Editing’ and ‘Sound Mixing’ nominations are very well deserved and recognize once again the tremendous technical work that goes into the production of a James Bond movie.

On the other hand, the Oscar nominations will be disappointing to those Bond fans who had hoped for better recognition by the Academy of Motion Picture Arts & Sciences, especially in view of the fact that it is the 007 franchise’s 50th Anniversary year and, in particular, because of the excellent global success of Skyfall.

Tellingly, the response of the British media has mainly been one of disappointment, too, with a number of UK commentators saying Skyfall has effectively been snubbed. The Daily Telegraph website, for example, went as far as commenting that Adele’s success and the nominations for cinematography and sound were the ‘only saving graces’ in an otherwise ‘comprehensive snub’ for Skyfall.

There had been particular hopes that Skyfall might receive a ‘Best Picture’ Oscar nomination and also that Judi Dench would also receive some Oscar recognition for her supporting role as ‘M’.

Perhaps the last word should go to film critic Peter Bradshaw who, writing in the UK’s Guardian newspaper before the actual Oscar nominations were announced, astutely noted: ‘Skyfall was a phenomenal commercial and cultural hit, but the Bond franchise is never an awards favourite’.

The main Academy Awards winners will be announced at the Oscars presentations evening on February 24 in Hollywood. The evening will include a special TV tribute to the Bond franchise to celebrate its 50th Anniversary.