Through the Barrel: Brosnan looks back on 007 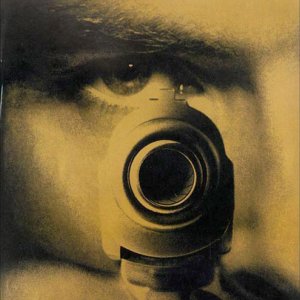 Golden high! The latest issue of the popular British movie magazine Total Film carries an interview with former four-times James Bond actor Pierce Brosnan, in which he offers some interesting reflections on his 007 films, as well as his thoughts on some of the other key movies he has made in his wide-ranging career as an actor.

The magazine reminisced with Brosnan on his experiences in studios, on location, and on some of the ‘tricks’ of the trade. Speaking to the magazine as part of the tie-in publicity campaign for his exciting new 10-part TV series The Son, Pierce takes readers through his resume and comments on some of the highs and lows of his long and diverse career in cinema.

This is a career on screen which, in addition to his four smash-hit 007 movies, has also included films such as the classic gangster movie The Long Good Friday (1980) (his first role in a big cinema film), the high-class crime thriller The Thomas Crown Affair (1999), the espionage film The Tailor of Panama (2001), the musical Mamma Mia! (2008), and the political thriller The Ghost (2010).

In relation to his debut 007 movie Goldeneye (1995), Brosnan told the magazine that prior to this he had been ‘a huge fan of the character and the franchise’, and they had been a part of his growth as an actor – he had seen the baton passed from Sean Connery to Roger Moore and: ‘I was a fan of both of their styles of acting, so, for me, it was trying to ride both horses, really’. Pierce explained that he tried to bring the ‘Connery gravitas’ to the role mixed in with ‘the light touch of Roger Moore’.

He added that he wanted to keep both of the two men’s spirits within his own interpretation of Bond, but also eventually came at it with his own rhythm and sense of timing. He also paid tribute to director Martin Campbell who, he said, was his mentor and ‘kept my spirits alive’, giving Pierce the courage to go out there and play the role: ‘We remain good friends’.

Concerning his final James Bond movie, Die Another Day (2002), Pierce told Total Film that he was ‘very comfortable in the role by then. I had a confidence as to what was required of me’. On the other hand, he had developed ‘a certain frustration’ as the films had gone on: ‘I wanted Bond to get a little more gritty and real and down and dirty, but however you try to nurse it along, the scripts would come along with the same outlandish scenarios. So you go with the flow’. He added that he still had a ‘great time’ on Die Another Day, even though there were things in the script that were ‘so ridiculous’, such as the invisible car.

Brosnan’s new TV series The Son for AMC is an adaptation of a Pulitzer-shortlisted novel, mainly set in the American Wild West, in which he plays the tough patriarch Eli, a man who (to use Pierce’s description) ‘is caught between two worlds, between being a cattle baron and going into the oil business’. Eli is a rather ambivalent character, who is both lethal and kind-hearted.

The full article on Brosnan’s film highlights can be read in the new issue of Total Film (no. 258, June, 2017), which is on sale now in leading UK retail outlets, priced GBP £4.50.

When Brosnan’s first wife, the late Cassandra Harris, was interviewed live on stage at the JBIFC’s second fan convention, held in 1981 at the Wembley conference centre, where she talked about her role in the new 007 movie For Your Eyes Only, her husband – a certain Mr. Pierce Brosnan, then a relatively unknown actor – sat quietly at the back of the auditorium looking after their children, mainly unnoticed by the audience whose attention was fixed solely on the lovely actress speaking on the stage. If only we had known then what lay in Pierce’s future! 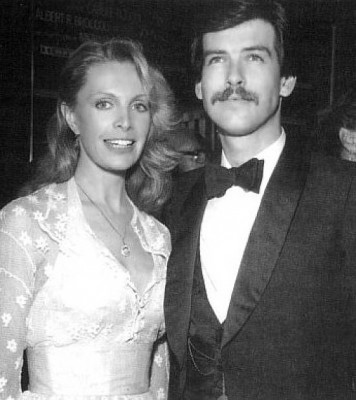