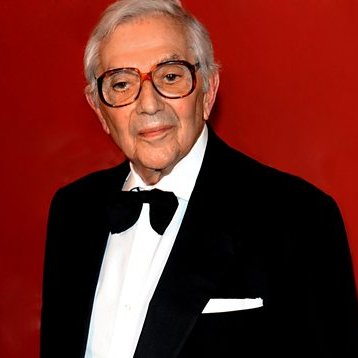 The JBIFC is very sad to report that Sir Ken Adam, designer extraordinaire, has passed away. In a statement released on 11th March, the Bond producers Michael G. Wilson and Barbara Broccoli said: ‘The Bond family mourns the passing of our beloved friend Sir Ken Adam who was so responsible for the visual style of the James Bond films from their inception. A genius and a gentleman, he will be deeply missed’.

The artistic work of production designer Sir Ken, famous for his iconic designs for the James Bond movies in the 1960s and 1970s and for numerous other non-Bond films, was recently celebrated in a special exhibition in Berlin, Germany. The special exhibition, entitled BIGGER THAN LIFE – KEN ADAM’S FILM DESIGN, was held at the Deutsche Kinemathek in Berlin during the period December, 2014 to May, 2015.

The exciting exhibition explored the artistic and production designs of Sir Ken over the whole of his career, and was based on the veteran designer’s own unique personal collection of material, accumulated over long years of working in the movies. It gave ample evidence of the incredible influence Sir Ken exerted on both  film design and wider architecture during his lifetime.

In 2012, Sir Ken donated his entire artistic and design output to the Deutsche Kinemathek, a collection which includes over 4,000 drawings, various storyboards, many photographs from movie sets, numerous personal documents, and a large number of design sketches, including his designs for all the work he carried out on his James Bond movies, up to and including Moonraker (1979). The Deutsche Kinemathek went on to make the Ken Adam collection available via an online inventory in the Summer of 2015, and the exhibition gave the public an excellent foretaste of the wide range of material contained in the collection, which has already become an invaluable resource for both film historians and design scholars.

Once dubbed the ‘Man with the Midas Touch’ by one UK newspaper, Sir Ken became something of a legend among Bond film aficionados across the globe and, for many years, was arguably one of the British film industry’s pre-eminent production designers.

Plenty of other production and set designers regularly pointed to Sir Ken’s exemplary work as inspiring their own designs over the years, while the veteran designer also had a significant fan-base among both mainstream and modernist architects.

German-born Ken Adam was a refugee from Nazi Germany and served as a pilot in the British RAF in World War Two. He originally trained to be an architect. But the world of film offered numerous possibilities, and Adam once commented that movie set work, while often enormously challenging, remained deeply satisfying when it went well.

And, clearly, it did go extremely well for Adam over the decades. He was nominated for many awards over the years, including for his set designs on the James Bond movies, and also picked up BAFTA Awards for Dr. Strangelove (1964) and The Ipcress File (1965). He also held two Academy Awards: for Barry Lyndon (1975) and The Madness of King George (1994). In 2011, in celebration of his 90th birthday (he turned 90 in February, 2011), Sir Ken was given a special BAFTA Tribute for his services to film.

Sir Ken Adam gave many interviews about his work over the years, and many of these highlighted his ground-breaking design work on the 007 franchise and on other movies. But Sir Ken always remained very modest about his own contribution to the movie world.

However, as the Deutsche Kinemathek exhibition undoubtedly showed, Sir Ken Adam not only created ever-bigger set designs, but also played an instrumental role in many other aspects of the highly memorable ‘look’ of the 007 franchise, contributing heavily to the smash-hit success of the Bond movies for two decades and, in the process, encouraging a whole new generation of designers to translate their ideas into visual form. 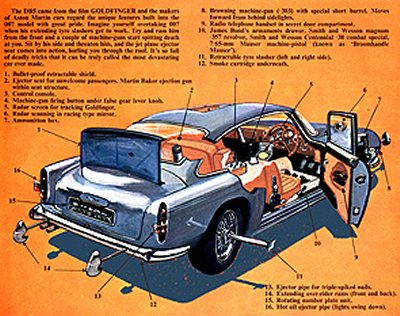