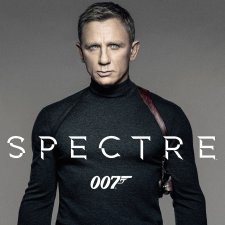 Bond is Back – at the Royal Albert Hall! In a press release issued on 16th September, EON Productions, Metro-Goldwyn-Mayer, and Sony Pictures announced that SPECTRE will see its World Premiere taking place at the Royal Albert Hall in central London, and has also been selected for Royal Film Performance 2015 of The CTBF (The Cinema and Television Benevolent Fund).

The World Premiere, which takes place on the evening of Monday, 26th October, 2015, will be attended by Their Royal Highnesses, The Duke and Duchess of Cambridge and Prince Harry.

The CTBF Royal Film Performance is an annual event held in aid of the Cinema and Television Benevolent Fund, the charity for the UK cinema and commercial television industries, dedicated to providing support for those working behind-the-scenes in times of hardship. Bond producers Michael G. Wilson and Barbara Broccoli are vice-patrons of The CTBF.

SPECTRE will be the third James Bond film chosen as a Royal Film Performance (RFP) title, and all members of the cast are due to attend, including Daniel Craig, Christoph Waltz, Lea Seydoux, Ben Whishaw, Naomie Harris, Dave Bautista, Monica Bellucci, and Ralph Fiennes. Director Sam Mendes, together with Wilson and Broccoli, will also be in attendance at the glittering red-carpet event.

As many Bond fans know, for the first time ever, the new Bond film will open on the same night at cinemas across the UK and Ireland. Following the World Premiere and general release in the UK and Ireland, SPECTRE will then begin its rollout in territories around the globe. The new film will be released in the USA on 6th November.

Bond producers Michael G. Wilson and Barbara Broccoli commented to the media: ‘We are honoured that Their Royal Highnesses, The Duke and Duchess of Cambridge and Prince Harry will attend the Royal Film Performance of SPECTRE and delighted The CTBF will be the beneficiary of the event’.

The President of The CTBF, Barry Jenkins, also strongly echoed this, commenting that the charity are ‘absolutely thrilled’ that the World Premiere of SPECTRE has been selected as The CTBF Royal Film Performance 2015 and ‘are most grateful to the Royal Family for their continued support’. 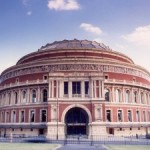