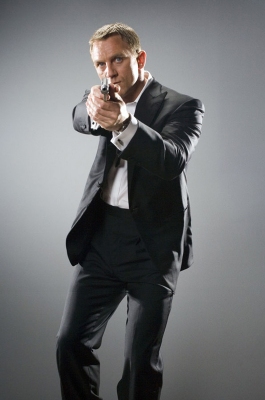 Remember, remember, the month of November – gunpowder, treason and plot. Five years ago this November, just as many people in Britain were celebrating the defeat of the Guy Fawkes plot with traditional displays of fireworks, the big success story of the year at the Box Office in Britain was, of course, the smash-hit success of Skyfall, directed by Sam Mendes.

Bond was well and truly back, and the critics loved it! Mendes had crafted a serious Bond thriller which borrowed traditional elements from the franchise but with a new emphasis on ‘character’, nuance and intricate plot, and cinema audiences quickly showed their appreciation.

Responding to this fantastic success, EON Productions, MGM and Sony – in a joint press release issued to the UK media on November 2, 2012 – proudly announced to the world that the new 007 movie Skyfall, with Daniel Craig playing Ian Fleming’s 007 for the third time, had broken new records and achieved the highest-grossing first week in British cinema history.

The press release stated that the new Bond adventure, which went on general release in the UK on Friday, October 26, 2012, had taken an ‘extraordinary’ £37.2 million in its opening week in Britain, even overtaking Harry Potter and the Deathly Hallows: Part 2, to secure the largest 7-day gross in UK box office history.

The Bond producers Barbara Broccoli and Michael G. Wilson commented: ‘We are very grateful to the Bond fans and all the UK cinema audiences for making Skyfall the biggest opening week ever during our 50th anniversary year’. Gary Barber, chairman and CEO of MGM, also commented: ‘The continued record-breaking success of this film is a true testament to all involved and the global power of this 50 year old franchise’.

Reports from cinemas across Britain said the new 007 movie had been packing audiences into every performance, and a number of cinemas had put on extra screenings to meet the demand, including extra morning showings. The first week of general release in the UK also coincided with the half-term holidays of many schools, and this had also helped to boost ticket-sales.

Daniel Craig’s third Bond adventure, which had been receiving rave reviews in Britain and Europe generally, went on general release in the USA on November 9, 2012, and went on to prove that a James Bond movie could be both a serious contender for cinema industry awards while also retaining all the iconic elements that audiences had so grown to love over the previous 50 years.

Daniel Craig will soon be preparing for pre-production work on the 25th James Bond film in the series and his fifth appearance in the role. Bond no. 25 will be released in the USA on November 8, 2019, thus maintaining the strong links between 007 and November. 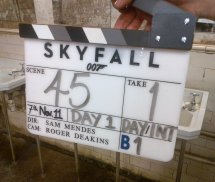