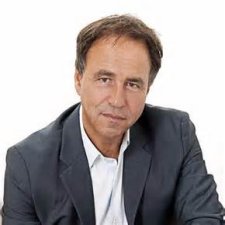 Newspaper readers in the UK were able to enjoy an exclusive extract from the new James Bond novel Trigger Mortis, written by Anthony Horowitz, when it was printed in the Mail on Sunday ‘Event’ supplement (30th August). The latest 007 author also gave a detailed interview to the same paper.

The extract will be especially pleasing to Fleming fans, as it is clear that the new novel will not only have the return of Pussy Galore, but will also pay homage to other aspects of Goldfinger.

During the course of the interview, some tantalising new details also emerged about the new Bond thriller, which is published in the UK on 8th September. Horowitz, who said at one point that the Bond novel is ‘something I have wanted to do all my life’, confirmed that Trigger Mortis is set just two weeks after the end of Ian Fleming’s 1957 novel Goldfinger, and revealed that it will have two main women at the heart of the storyline: the return of Fleming’s famous creation Pussy Galore (which Horowitz announced a few weeks ago), and a formidable new Bond woman named Jeopardy Lane.

Horowitz explained: ‘Jeopardy is at least as effective a spy as James Bond and probably more so. Without her, he would be killed. He has to acknowledge that she is unstoppable and doesn’t make mistakes, while he does’. There will also be a big surprise in the new novel concerning the two main women, a development that will undoubtedly leave our macho hero feeling very disappointed!

In addition, the new Bond novel, which has a plot based around the early space race in the 1950s and also utilizes some unused Ian Fleming short-story material set in the motor-racing world, will have a main villain named Jason Sin, who is revealed to be a survivor of a real-life massacre which took place during the Korean War in the early 1950s.

Horowitz also painted in some of the details about how the Fleming estate, which commissioned Horowitz to be the latest in a line of 007 continuation authors, negotiates certain ground-rules with its authors concerning the character of James Bond. He admitted: ‘I got very nervous. The Fleming estate gets involved in what is going to happen and it was clear from the start there were going to be very strict guidelines for writing this book. Part of the recruitment process was to demonstrate that I wasn’t going to write something embarrassing or wrong’.

Most of the estate’s suggestions were helpful, said Horowitz, and he also commented: ‘If ever there was a book I was born to write, it is this one’.

The new Bond novel Trigger Mortis, which is published by Orion, goes on sale in the UK on 8th September, and Horowitz will also be attending a number of events to help promote the new book, including at Waterstones Piccadilly in central London (‘An Evening with Anthony Horowitz’, on 7th September), and at Hampton Court Palace in Surrey (‘Writing Bond’, on 27th September).

Anthony Horowitz’s other spy creation, the teenage secret agent Alex Rider, has sold an amazing 19 million copies. Although he has said he will not write any more Rider novels, Horowitz did reveal that he is planning a new 5-chapter Rider novella, set in northern Iraq. Sounds intriguing. 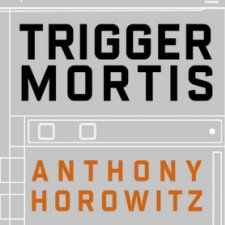