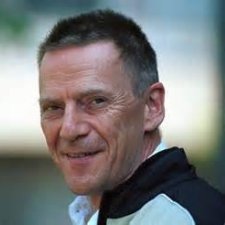 Fascinating news has emerged that the mysterious character ‘Mr. White’ will be returning in SPECTRE, the next James Bond movie, which started principal photography at Pinewood Studios, in England, today (Monday, December 8).

Mr. White, played by the award-winning Danish actor Jesper Christiensen, appeared in Daniel Craig’s first two 007 adventures, Casino Royale and Quantum of Solace, working for the sinister and global QUANTUM crime organisation. In Quantum of Solace, while being interrogated by ‘M’ and 007, Mr. White laughed at and mocked their questions, hinting that MI6 really did not understand that QUANTUM had people everywhere.

This, of course, raises the intriguing question of what function Mr. White is going to perform in the plot of SPECTRE, and has already created considerable speculation among Bond fans.

Christiensen was not present at the press call held by director Sam Mendes and Barbara Broccoli at Pinewood Studios last Thursday morning (December 4), but he has since confirmed to the Danish media that he is to return in the new movie. He said: ‘It is a truly exciting script and a very capable team. So it’ll be fun’. However, unsurprisingly, he declined to go into further details about his input in to the new film.

Blofeld aside, it is unusual for the 50-year old EON Bond franchise to see a villain, especially played by the same actor, appear in three Bond movies. The closest this happened was with ‘Jaws’ (played by the late Richard Kiel), who appeared in two Roger Moore Bond movies, The Spy Who Loved Me and Moonraker.

In 2010, Christiensen caused something of a minor stir when, just prior to the premiere of his new movie The Family at the Berlin Film Festival, he said he was happy that his ‘interlude as a villain in the James Bond series is over’, and that two Bond movies were ‘enough for me’.

Perhaps a combination of Mendes and the brain-washing techniques of Ernst Stavro Blofeld have ‘persuaded’ him to change his mind! Welcome back, Mr. White. We’ve been expecting you.