Mendes Gears Up for Lear 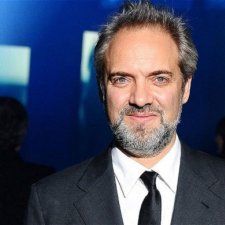 The director Sam Mendes, who recently confirmed that he would now be helming Bond 24 for EON, has made some key casting decisions for the supporting cast for King Lear, his next major theatre project, which has Simon Russell Beale in the main role.

Mendes has been hard at work planning the new production, which will start rehearsals in November, 2013, and will open at the Olivier stage at London’s famous National Theatre (NT) on the South Bank, in mid-January, 2014.

Apart from Russell Beale, who has long been in place to play the monarch, the roles of his offspring had not been cast (the play’s powerful story, which sees the King having to divide up his kingdom, has key roles for his three daughters – Goneril, Regan and Cordelia). But it would appear these parts have now been cast after careful consideration by Mendes, and the production is gearing up nicely for its autumn pre-production and new year opening.

Given Mendes’s reputation, there is also some speculation that the new production may be broadcast in selected UK cinemas by NT Live, but a National Theatre spokesman insisted to the Daily Mail that nothing has been decided yet.

Simon Russell Beale is said to be really looking forward to the new production and to working with his old friend Mendes once again. The duo have been close collaborators in the British theatre world for over 20 years.

His name may also be familiar to some Bond watchers. In the run-up to Bond 23, there were various rumours in the press that Russell Beale was being lined up for a part in Skyfall. This speculation had developed because the acclaimed theatre actor had expressed his wish in a number of interviews that he would like to play a ‘baddie’ in a Bond film.

In 2011, for example, he told one interviewer ‘I’d love to be a baddie’ and revealed that he had even lobbied Mendes for a role not long after Mendes was confirmed as the director for Bond 23. This speculation intensified after it emerged that Bond producer Barbara Broccoli had been to see the actor in his West End stage play Deathtrap on two separate occasions.

Interestingly, although he did not appear in the movie, Russell Beale apparently came very close to winning a role in Bond 23, but not as a villain. Just prior to Skyfall, a spokesman for Russell Beale revealed that the part Russell Beale ‘is up for is not a baddie’. However, it is thought the actor’s theatre commitments and the Bond movie’s shooting schedule prevented him from being available at the last minute.

Russell Beale is not only a stage actor; he has had various roles in film and TV, including a role as Winston Churchill in the TV docudrama Dunkirk (2004), and as the Foreign Secretary in the BBC’s MI5 spy series Spooks in 2010-11. What’s the betting his name will re-emerge for a possible role in Bond 24?

King Lear will be Sam Mendes’s final project before he embarks on pre-production for Bond 24. The as-yet untitled Bond 24, scripted by John Logan, is set for UK release in October, 2015, and will hit American cinemas the following month.