Live and Let Spy: Ian Fleming and the CIA 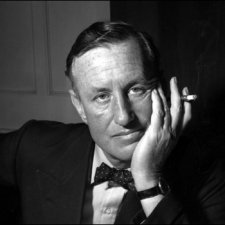 As interesting (but unconfirmed) rumours have emerged that 007’s American buddy Felix Leiter could be back in Bond 25, the JBIFC takes the opportunity to briefly explore Ian Fleming’s real-life relationship with the American intelligence services.

Fleming biographers have long been aware of this aspect of his career. In 2013, however, some new research by a British academic threw further intriguing light on the close bond between the 007 author and Allen Dulles, who was the head of the Central Intelligence Agency (CIA) from 1953-1961. It demonstrated the extent to which the famous secret gadgets dreamt up by Fleming for his fictional James Bond adventures were greatly admired by the CIA director.

In fact, Allen Dulles was markedly fascinated by Ian Fleming and James Bond, and tried to encourage America’s real-life spy agency to use Fleming and the Bond novels as a source for possible new espionage devices, blurring the boundaries between fact and fiction in the process.

Although various Bond historians have written about the influence of Ian Fleming on the CIA director, Dr. Christopher Moran, from the University of Warwick in the UK, added some important new insights in 2013 into the close friendship between the two men. He showed not only the extent to which the CIA sought to raid the Bond novels for technological inspiration, but also how the CIA actively leaned on the British writer to portray the American spy agency in a more positive light.

The Spy Who Loved ‘Q’

Moran analysed some declassified letters and other archival material for a new article entitled ‘Ian Fleming and the Public profile of the CIA’, published in the Journal of Cold War Studies. In this, he demonstrated how the evolving relationship between Fleming and Dulles became especially important, and how Dulles even instructed his CIA operatives to try and develop some of the gadgets that appeared in Fleming’s 007 novels! Moran also showed how the CIA, rather frustrated at how US film-makers, authors and journalists were mainly silent about the relatively new spy agency in the post-war world of the 1950s, sought to persuade Fleming to publicise the CIA in his 007 books.

As Dr. Moran explained in 2013: ‘There was a surprising two-way influence between the CIA and the James Bond novels during the Cold War, stemming from the mutual admiration between Allen Dulles and Ian Fleming. This ranged from the copying of devices, such as the poison-tipped dagger shoe in From Russia With Love, to the agency using the 007 novels to improve its public profile’. He continued: ‘It’s even more striking that this was going on at a time when mentioning the CIA was strictly off-limits for the US media and cultural establishment, whereas Fleming, as a British author, could say what he liked. For a long time, the James Bond books had a monopoly on the CIA’s public image and the agency used this to its advantage’. In other words, whereas the American media were very reluctant to discuss the CIA, Ian Fleming, who was operating outside the jurisdiction of US law, proved to be invaluable to Dulles. And it would appear that Fleming (eventually) was only too happy to oblige.

Speaking to a British newspaper in 2013 to help publicise his research, Moran pointed out that Fleming evidently responded to Dulles’s wish that the Bond author would promote the CIA in his books: ‘Once the relationship between the two of them blossomed, the portrayal of the CIA was much friendlier. All the Bond books after 1959, when they first met, are much more glowing about the CIA’.

The early 007 novels had introduced millions of readers to the CIA for the first time through the character of its field agent Felix Leiter, but readers were left in no doubt by Fleming that, in his view, the British intelligence services were still superior. But, in the later James Bond novels, written as the friendship between Fleming and Dulles deepened, ‘a far rosier picture’ of the CIA emerged. Moran explained: ‘For example, in Thunderball, Bond’s boss ‘M’ dispenses with his characteristic economy of words to speak enthusiastically about the way the CIA is selflessly putting itself in the service of freedom’. Moran also noted that Dulles was even the subject of several honorable mentions in the later 007 books: ‘It really does come across as a bit of a mutual appreciation society’.

Interestingly, Moran’s research also confirmed what Bond historians had long suspected – the extent to which Allen Dulles became not only an admirer of Fleming and his ideas, but also something of a James Bond fan himself. When Allen had first met Fleming in London in 1959, the Bond author had told him the CIA was not doing enough in the area of ‘special devices’. Dulles apparently took this to heart, returned to the USA and urged the CIA’s technical staff to replicate as many of Bond’s secret devices as they could.

Significantly, in 1964, in an edition of Life magazine, Dulles referred to Fleming as ‘brilliant and witty’. As many Bond historians know, in 1965 Allen Dulles also contributed an essay on his friendship with Fleming to the Panther paperback For Bond Lovers Only (entitled ‘The Spy Boss Who Loves Bond’), and past Fleming biographers, such as John Pearson, Donald McCormick, Andrew Lycett and, more recently, Matthew Parker, have also touched upon the Ian Fleming-Allen Dulles connections. In his essay ‘The Spy Boss Who Loves Bond’, Dulles revealed that he came to know Fleming well and he also liked the Bond author’s books, especially From Russia, With Love.

Indeed, declassified letters analysed by Dr. Moran for his own research in 2013 showed just how much the former CIA boss had such a strong affection for the James Bond novels, and Dulles even pleaded with the 007 author in 1963 not to pension Bond off. Letters sent by Dulles to Fleming strongly encouraged the Bond author to continue penning his 007 adventures. One letter found by Moran, for example, reveals that Dulles expressed his admiration for the Bond novel On Her Majesty’s Secret Service, and expressed the hope that Bond would not suffer the same fate as his wife Tracy, who had been killed by his arch enemy Blofeld. Dulles wrote: ‘Please don’t pension off my favourite spy, James Bond’.

Interviewed in the British media in 2013, Moran said he believed that Allen Dulles’s encouragement may have been crucial at a time when Fleming was seriously thinking of possibly abandoning his famous creation: ‘It looks as though Dulles played a significant role in keeping Bond going’, said Dr. Moran.

Moran’s article also provided some intriguing details on the extent to which Ian Fleming was something of a ‘Q’-like character when it came to imagining secret gadgets, and revealed the extent to which CIA boffins sought to create real-life versions of Fleming’s fictional devices.

One example was how the CIA successfully copied Rosa Klebb’s infamous spring-loaded poison knife shoe, as used in From Russia With Love (so memorably used by Lotte Lenya in the 1963 movie version). It is not known whether the CIA actually put this device to use. However, the CIA had less success with their version of the homing beacon device used in Goldfinger to track the villain’s Rolls Royce – according to Moran, Dulles said the CIA’s version had ‘too many bugs in it’, and it stopped working when the target vehicle entered a crowded city. Moran also made it clear that Fleming’s influence on the CIA extended beyond the Bond author’s death in 1964, helped considerably by the EON series of smash-hit James Bond movies. According to Moran, Robert Wallace, the CIA’s equivalent of ‘Q’ in the 1970s and 1980s, was frequently asked by his bosses if he could replicate Bond’s gadgets: ‘He freely admits that whenever a Bond film came out, there would be a call saying “can you guys try to emulate that technology?”‘

Unsurprisingly perhaps, the Russians also took an interest in the Fleming-Dulles links. Moran and his research team combed the archives of the Soviet press and discovered the Russians were bemused about the whole situation: ‘The Communists were talking a great deal about their links’, said Moran. ‘And they were saying how useless must the CIA be if they are relying on a British novelist for inspiration’. On the other hand, as other Bond historians have noted, there is some persuasive evidence that the Russian KGB secretly took a very close interest in Fleming’s Bond gadgets, and experimented with versions of such gadgets themselves. Sometimes life could be stranger than fiction during the Cold War.

Moreover, perhaps worried about the ‘propaganda’ value of James Bond to MI6, the CIA and the West more generally in the global contest of the Cold War, the KGB probably had a hand in the early 1960s in the recruitment of a Bulgarian writer to pen a number of spy novels for the Communist Bloc featuring an agent named Avakum Zakhov, a kind of heroic counter-Bond who battled the ‘decadent’ 007. At least two of these books were translated into English and became available in the West.

Fleming’s CIA character Felix Leiter made his first appearance in 007’s world in the novel Casino Royale (1953), where he was described as a Texan and former U.S. Marine, aged around 35, who was stationed at NATO’s Joint Intelligence Staff (JIS) office at Fontainbleau. He comes to the aid of 007 by supplying him with enough money to continue playing baccarat against Communist agent Le Chiffre.

According to the Fleming biographers Andrew Lycett and Matthew Parker, the character Felix Leiter was based on a combination of two of Ian Fleming’s friends. ‘Felix’ was his close friend Ivar Bryce’s middle name, while ‘Leiter’ was taken from Tommy Leiter, a mutual friend from a rich Chicago family. The Leiters lived in a house in Jamaica, and Leiter’s wife, ‘Oatsie’, introduced the then Senator Kennedy to his first 007 novel, Casino Royale. The rest, as they say, is history: Kennedy became a big Fleming and Bond fan from that point onwards. 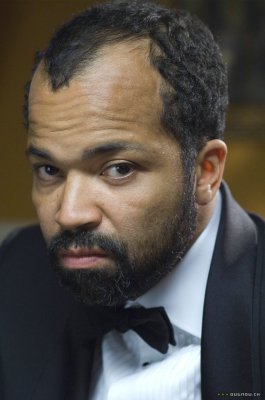