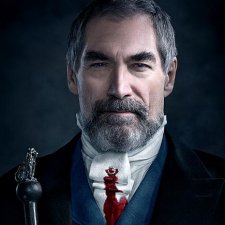 Former 007 star Timothy Dalton can be seen in a haunting new trailer for the latest series of the gothic horror TV series Penny Dreadful, the third season of which will hit U.S. TV screens on Sunday, May 1st, 2016. The new season 3 trailer was released on April 13th, and has already created much excitement and anticipation.

The ground-breaking and smash hit series, which had its origins as the product of a creative collaboration between Skyfall and Spectre’s director Sam Mendes and his James Bond screenwriter John Logan, was quickly given the greenlight for a third series after the critical and commercial success of the second season.

In fact, according to the popular film industry journal Variety, the unusual and darkly scary TV series has proved a very big hit with TV audiences on both sides of the Atlantic, and U.S. TV bosses at Showtime, the company which has backed the series, have expressed keen enthusiasm for the show, which has the 72-year old former Bond star as one of it central characters (as the African explorer Sir Malcolm Murray).

The Penny Dreadful series has proved especially popular with 007 fans, not just for the quality of writing on display from John Logan but also because of the various Bond stalwarts who have appeared on screen. Indeed, the third season will not just see the return of Dalton as Sir Malcolm, but also Eva Green (as Vanessa Ives), Helen McCrory (as Madame Kali) and Rory Kinnear (as The Creature), all of whom have played key roles in the Craig-era 007 franchise.

In an interview given for season 1 of the drama, former two-times 007 Dalton, when asked to describe his character in Penny Dreadful, said Sir Malcolm is obsessive, determined, ruthless and manipulative ‘and as you can see, I’m one of the good guys!’ This was very much in evidence in both seasons 1 and 2, and all the indications are that his character will be equally driven and ‘physical’ in season 3.

The latest season of Penny Dreadful has been created, written and executive-produced by John Logan. The writer revealed in 2013 that the germ of the idea for the series originally came about approx 10 years ago, when he happened to read the novel Frankenstein, followed soon after by Dracula. Logan said he became ‘fascinated’ by the two novels and by the ‘unease and anxiety’ that people in Victorian England felt about the ‘new sciences’, and how this was reflected in a general wave of gothic literature. Much of the latter material was converted into cheap and ‘dreadful’ short stories for mass readership, available for just a penny a time.

The 54-year old screen-writer has remained very busy since Spectre. He recently worked on the story for the new movie Genius (2016), a British-American biographical drama, and has also been collaborating with two other writers on the story for Ridley Scott’s hotly-awaited new sci-fi movie Alien: Covenant, which will hit our cinema screens in August, 2017. 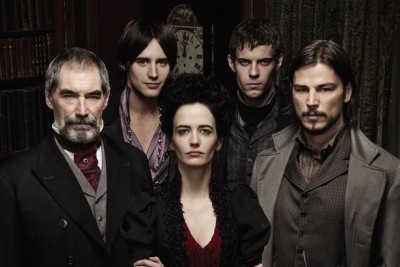 The main cast of seasons 1 and 2 of ‘Penny Dreadful’