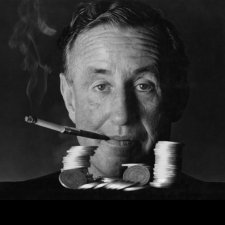 The James Bond creator Ian Fleming was one of the writers covered in a BBC Radio-4 documentary entitled ‘Great Spy Books: Fact or Fiction?’, which was given a welcome repeat transmission on BBC Radio 4 extra on Saturday, 13 August. The programme, which was first broadcast in the UK on the evening of 1 December, 2012, was originally designed to tap into the great atmosphere created by the release of Skyfall.

The hour-long programme, which was part of BBC Radio-4’s ‘Archive on 4’ history series during 2012, was presented by the British academic and leading intelligence expert Peter Hennessy, who has specialised in the study of the ‘secret dimension’ of the British state in the 20th and 21st centuries. His object in the programme was to assess whether British spy novels have reflected the actual reality of spies, secret agents and other operatives in the worlds of MI5 (the Security Service), MI6 (the Secret Intelligence Service) and in Whitehall generally (the administrative heart of government in London).

At the start of the programme, which opened with Monty Norman’s famous and iconic ‘James Bond theme’, Hennessy pointed out that the London Olympics in 2012 saw two people who are probably the most famous Britons in the world: the Queen and James Bond. He noted how the image of 007 has, in fact, become a global brand (underlined again in 2015 with the huge box-office success of Spectre), but he also wondered how the real-life British intelligence community felt about this phenomenon themselves.

From Britain With Love

Hennessy then set out to trace the evolution of the British spy novel, exploring the extent to which such books have reflected the realities (or not) of the real-life world of British espionage in the last century or so. Starting with the Edwardian ‘invasion scare’ literature of famous writers such as Erskine Childers (Riddle of the Sands) and William Le Queux (Invasion of 1910), Hennessy noted how such material helped create the climate for the creation of a more professional intelligence service. This led to the foundation of the ‘Secret Service Bureau’, which was eventually split into MI5 (responsible for domestic security) and MI6 (responsible for intelligence-gathering and other operations abroad).

Hennessy also covered writers such as John Buchan, Somerset Maugham, Eric Ambler, Graham Greene, and John Le Carre, a number of whom had served themselves as real-life British Intelligence officers, and were able to bring some of their own experiences into their spy novels for added authenticity.

As Hennessy pointed out, it was Eric Ambler’s spy novel The Mask of Dimitrios (1939), which was set in the Balkans, that was such an influence on Ian Fleming and, at one point, the Bond author even had 007 himself reading the book! And Hennessy gave some interesting coverage in the programme to Mr. Fleming, starting with the Bond author’s wartime work in ‘Room 39’ in Whitehall, where he served as a Naval Intelligence officer in NID (Naval Intelligence Division) and as assistant to Admiral Godfrey, who was possibly a model for ‘M’. In Hennessy’s view, a surprising amount of material in Fleming’s fiction was taken from reality, and especially from Fleming’s own experiences working as an Intelligence officer, something that has also been noted by a number of his biographers.

Excerpts were played in the programme from Fleming’s later appearance on the famous radio programme ‘Desert Island Discs’ in August 1963, where he was interviewed by Roy Plomley about his creation of James Bond and some of the influences on this. James Bond, Fleming told Plomley, was actually based on an amalgam of different men he had met during the War.

Hennessy also made some interesting points about the importance of Whitehall’s Joint Intelligence Committee (JIC) assessments of the Cold War threats to Britain, a number of which are now held in the UK’s National Archives at Kew, in South-West London, and have been studied by Hennessy. In Hennessy’s estimation, some of the background material in Fleming’s Bond novels sounds very reminiscent of some of the contents of these reports and, while Fleming probably did not get access to these reports himself, he was possibly able to glean a lot about their contents from casual conversations he had with other ‘Establishment’ people who were members of Fleming’s private Club. In particular, Hennessy pointed to the first Bond novel Casino Royale as containing material very similar to themes in post-war JIC reports.

The programme also had some fascinating discussion about Fleming’s influence on key Americans, including President John F. Kennedy, who was a big fan of From Russia, With Love (Fleming even offered JFK some advice on how to deal with Castro in Cuba), and Allen Dulles, of the Central Intelligence Agency (Fleming and Dulles became good friends). The Central Intelligence Agency (CIA), of course, made appearances in a number of the James Bond novels and, in real life, Dulles apparently took Bond’s fictional gadgets very seriously. At one point, according to Hennessy, Dulles even commissioned the CIA to develop a Rosa Klebb-style shoe with a poison blade!

Towards the end of the programme, Hennessy also touched on whether the ‘Bond brand’ (which is recognised around the world) was a help or a hindrance to the real-life intelligence activities of Britain’s MI6. He asked two former heads of MI6, Sir Colin McColl and Sir John Scarlett, about the ‘Bond effect’ – did it help to get co-operation from people who, rightly or wrongly, associated MI6 with the glamour world of ‘James Bond’?

Both men were ambivalent in their answers. While they recognised that James Bond had helped MI6 gain a type of recognition that no amount of money could buy, on the other hand the idea of British agents having a ‘Licence to Kill’ (a myth) was something they were always being asked about, and it had actually become a real downside, giving potential recruits to the service the wrong idea about Intelligence work, which is mainly about deskwork and patient attention to detail. In fact, the best agents are those who can remain anonymous and blend quietly into the background.

All in all, Hennessy’s fascinating radio documentary was well worth a second listening. Catch it if you can.

Ian Fleming based SMERSH, the deadly enemy of Bond’s Secret Service in the early 007 novels, on the ruthless real-life Russian organisation that operated under Stalin. Speaking in 1963, the Bond author said: ‘They were O.K. as the villains for a while until Khrushchev closed them down, but always a bit restricting because, being the real thing, there was always only so far I could go with them in a fictional sense. So I invented SPECTRE to give me the freedom of invention I needed for the more recent books’. 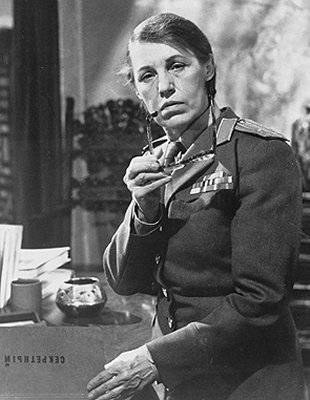