Lazenby is Back: Former 007 returns to world of spies 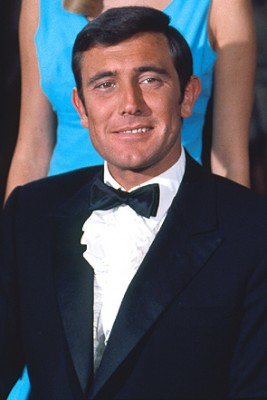 Former 007 George Lazenby is returning to the world of espionage. As James Bond aficionados around the globe celebrate an amazing 50 years of On Her Majesty’s Secret Service (1969), Lazenby has delighted his many fans with the news that he has the starring role as Dr. Jason Love in Passport to Oblivion.

The story, a new audio spy adventure set in 1964 and based on the best-selling books penned by James Leasor in the 1960s, co-stars Glynis Barber, Nikolas Grace, and Michael Brandon, and also has Terence Stamp as ‘C’, the chief of MI6.

As part of the publicity to promote his new audio adventure, George, who has just turned 80, has given a thoughtful and detailed interview to the UK’s family newspaper The Weekly News (October 19th), in which the Aussie star looks back over his career and his one-off role as James Bond, and also provides some insights on his latest acting role as Leasor’s reluctant spy.

As the newspaper notes, despite being 007 only once, and although it wasn’t the best-loved Bond flick at first, Lazenby’s On Her Majesty’s Secret Service is now rated right up there today, as is his talent. Indeed, the 1969 movie, which was directed by the late Peter Hunt, is often held up by critics as one of the most faithful filmic interpretations of one of Ian Fleming’s most exciting but emotionally-rounded 007 stories, and still very much stands the test of time. As Lazenby explained to the newspaper: ‘I think my movie… has lasted pretty well. Fifty years later we’re still taking about it and I’m told great directors like Steven Soderbergh and Christopher Nolan think it is the best. They have good taste’.

Lazenby continued: ‘The all-time greatest Bond was obviously Sean Connery. Sean, for me, was always the man, the guy who always inspired me to go for the part’. He added: ‘I met him a couple of times in LA and he told me to my face I’d been good. I’ve seen him say that in the papers, too’. 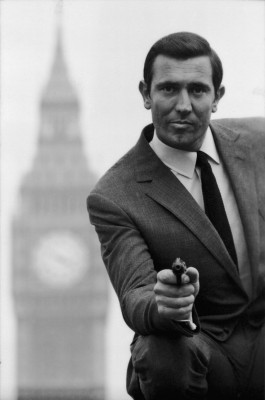 Asked by the Weekly News whether he had had any doubts about replacing the Scottish actor as 007, Lazenby responded: ‘No. I wanted it badly and I worked hard for it. Endless auditions, learning to walk like Prince Phillip, talk like him, too, look and dress like Sean Connery – I went to his barbers and tailors. But I never hesitated for a second. Not for one second’.

He also commented that he does not regret having given the world of 007 just one shot: ‘So many fans out there seem to dig what I’ve done, as Bond and beyond. I don’t regret any of the moves I made back then – everything happens for a reason. I’ve lived – and live – a good life and I’m very grateful’.

Looking back on his career, he joked that, despite his latest spy venture being a job that sees him standing at the microphone rather than before a camera, he is more than up for fight scenes, even at his age: ‘I’m 80 years old – I was born when World War Two started. I guess I’m still pretty fit. I still play golf. This year I was 3,000 metres up back at Piz Gloria, Switzerland, where we did the skiing stuff for my Bond movie’.

On the challenge of playing James Leasor’s spy Dr. Jason Love, Lazenby said he had not heard of Leasor or his creation Jason Love before: ‘But a little research from my team told me David Niven had played the fella in a 1966 movie called Where the Spies Are, a year before he played James Bond in the 1967 spoof of Casino Royale. So I guess he’s the other, other fella. Leasor was a sort of contemporary of Ian Fleming, a journalist who turned out some pretty good books including The Boarding Party, which I’m told was made into The Sea Wolves starring Roger Moore. It really is a small world…’. 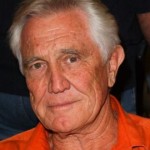 Quizzed about his experience of his first foray into the increasingly popular world of audio acting, George explained that he ‘threw himself into it and never hesitated. I think I’ve gotten better through the years with training and experience. It helped working alongside great actors like Terry Stamp, Nickolas Grace, Glynis Barber and Michael Brandon’. And, when asked whether he will do more of the audios, the former 007 said: ‘Didn’t the other fella say, ‘Never say never again?” In fact, Spiteful Puppet, the makers of Passport to Oblivion, are planning to make a total of 10 audio recordings based on the Leasor Dr. Jason Love series as a whole, so you can be sure George Lazenby will be back. His many fans will be more than pleased, and will undoubtedly give him all the time in the world.

The two-disc set Passport to Oblivion is out in the UK on November 29th, 2019. The latest issue of the Weekly News (October 19th, 2019) is on sale at all good UK newsagents now. If you want to find out more about George’s latest news updates (and more), go to: 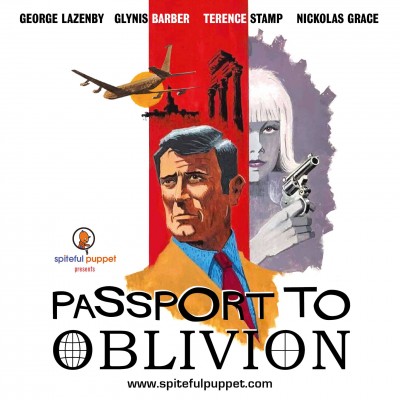