In Praise of ‘From Russia’: Bond returns 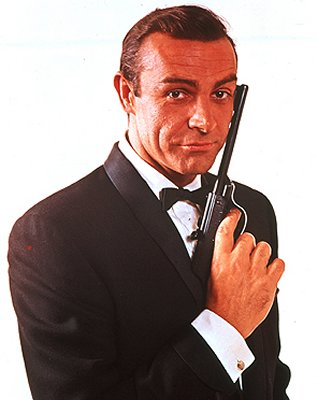 After the success of the first James Bond movie Dr. No and rising star Sean Connery, United Artists quickly greenlit the return of 007. The EON producers Albert R. Broccoli and Harry Saltzman soon swung into action. They chose Ian Fleming’s fifth bestselling James Bond thriller From Russia, With Love (1957) as the second big-screen 007 adventure, with Terence Young back again as the director. As the ITV channel in Britain continues with its mini Autumn Bond movie season, with screenings of From Russia, With Love (1963), the JBIFC takes the opportunity to offer (00)7 pieces of info about the second James Bond film, some facts familiar, others less so.

The movie often rates very highly in polls of favourite Bond films, and many critics rate it as something of a classic film, very much in the mould of Hitchcock and also with a touch of film noir in its atmosphere, especially in the night-time scenes set on the Orient Express. It was also pretty faithful to Fleming’s novel.

To help celebrate the second James Bond movie, which premiered on 10th October, 1963, and broke box-office records at the time, the JBIFC looks back briefly on From Russia, With Love and some of the main characters and moments that made it into such a memorable entry in the franchise.

001: Not many people realise that spy novelist Len Deighton (author of The Ipcress File, a book praised by Ian Fleming) worked briefly on the movie adaptation of From Russia before Richard Maibaum and Johanna Harwood (who had both worked on Dr. No) fleshed out the main screenplay. Interestingly, Deighton returned to the world of Bond script-writing in the mid-1970s, when he worked with Kevin McClory and Connery on James Bond of the Secret Service, the project that eventually became Connery’s unofficial Bond comeback.

002: Some excellent casting decisions were made by Terence Young and his team for From Russia. The critically acclaimed stage actress Lotte Lenya was chosen for the role of the truly creepy Russian Colonel Rosa Klebb; the novelist and relatively unknown actor Robert Shaw was selected for the key role of ‘Red’ Grant, and had very impressive physical presence; and the famous Mexican character actor Pedro Armendariz was given the role of Kerim Bey, one of the most colourful characters in Fleming’s novel. He did a superb job.

003: Principal photography on the movie commenced at Pinewood Studios on 1st April, 1963. Young utilised not just studio interiors at the Pinewood complex, but also various exteriors in the grounds. This included the Pinewood mansion and gardens at night (eventually used in the pre-credits at the suggestion of editor Peter Hunt) and the same gardens (dubbed the ‘Renaissance Gardens’ in the shooting script) were used during the day (for the scenes involving Shaw, Lenya and Walter Gotell on SP.E.C.T.R.E. Island). Producer Harry Saltzman apparently also suggested that the SP.E.C.T.R.E. training camp on the Island could be modelled on the famous gladiator school scene that appeared in Stanley Kubrick’s movie Spartacus (1960).

005: While on location in Turkey it also became clear to Terence Young that Pedro Armendariz appeared to be suffering in the heat, but was putting on a brave face and was trying to carry on as normal; when Young took him aside and raised concerns for his wellbeing, Armendariz confessed that he was dying of cancer. He begged Young to allow him to continue. Young was shocked but he and the producers managed to conceal the reality from the studio executives. They rearranged the shooting schedule so that the Mexican actor could quickly complete his scenes back at Pinewood (he finished them on 8th June, and tragically committed suicide on 18th June, 1963, not long after completing his work on the movie). During filming in Scotland, where key scenes were shot for the helicopter and speedboat chase scenes, the director himself narrowly avoided a tragedy when the helicopter carrying Young and his art director Michael White got into difficulty.

006: Shooting on the movie was completed on 23rd August, 1963, and Peter Hunt, the movie’s editor, basically had less than two months to get a final cut in place before it was to be premiered! He did some sterling work. What arguably makes From Russia especially memorable is the way that Hunt (who later directed On Her Majesty’s Secret Service) began to increasingly experiment with and use a very rapid quick-cut editing style, something that he employed to full effect on his next Bond projects. This distinctive action film editing technique was prominently on display in the now-famous fight scene on the Orient Express between Bond and ‘Red’ Grant, a pulse-raising fight scene which left cinema audiences and critics dazzled at the time, and is still hugely admired by editors today.

007: The film played to packed cinemas in the UK and, in nearly every market abroad, saw unprecedented queues of cinema-goers waiting patiently for each screening. It made an astonishing $78.9 worldwide, a huge sum at the time. When a special double-bill feature of Dr. No and From Russia, With Love was reissued to coincide with Goldfinger, the two movies once again broke box-office records. In many ways, ‘Bond-mania’ had arrived.

When Bond author visited the location shooting for From Russia in Istanbul, he met Pedro Armendariz (Kerim Bey) for the first time and, according to later comments by Terence Young, the Bond author and Mexican actor ‘took a considerable liking to one another’ and chatted for hours. Fleming met Armendariz just once again – on 9th June, 1963, at a special going away party for Armendariz (he was due for medical treatment in America) held in London and organized by Young. 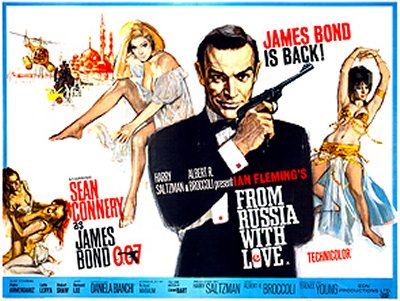