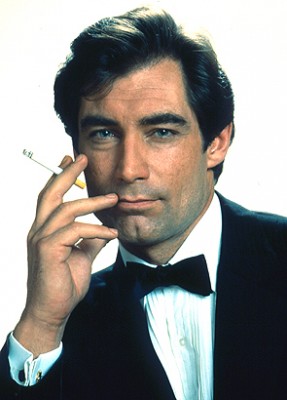 It was a case of many happy returns this month to the former two-times James Bond star Timothy Dalton, who turned an amazing 71 years of age on March 21st, 2017.

The ever-busy star of stage, film and TV shows absolutely no signs of slowing down. Tim’s busy TV career, for example, saw him star in 2014-16 as Sir Malcolm in the gothic horror TV series Penny Dreadful, which went through three highly-successful series and 27 episodes until it came to an end last year. The former 007 star also has a number of other projects lined up, including a movie called The Death of Stalin (2017), directed by Armando Iannucci.

To help celebrate both his birthday and his tenure as the fourth EON James Bond, the JBIFC looks back on a rare interview he gave in 2016, where he gave some detailed reflections on his screen career, including some interesting comments on his two 007 movies, The Living Daylights (1987) and License to Kill (1989).

In probably one of the most detailed interviews Dalton has given in recent years, the 2016 interview was conducted by Will Harris of the AV Club website. Dalton talked at some length about his various film and TV roles, starting with his ‘breakthrough’ role in the award-winning film The Lion in Winter (1968), through to movies such as the now rarely-seen Permission to Kill (1975), Flash Gordon (1980), his two James Bond adventures, and on to recent roles in the comedy movie Hot Fuzz (2007) and the cult British TV sci-fi series Dr. Who (where he played a Time Lord).

Dalton, who was helping to promote his role as ‘Sir Malcolm’ in Penny Dreadful (a supernatural drama set in late 19th century London, which was written by Skyfall and Spectre writer John Logan and produced by two-times Bond director Sam Mendes), explained at the outset of the interview that his part in the series was that of a man who is ‘obsessive, determined, ruthless, and manipulative… and as you can see, I’m one of the good guys!’

At another stage in the interview, in a real bonus for his many Bond fans, Tim also answered various questions about The Living Daylights (1987) and License to Kill (1989), both directed by John Glen. Will Harris noted that a story which came from several sources is that Dalton was pitched the role of 007 many years before he eventually accepted it.

Interestingly, a number of Bond historians now hold the view that what Dalton was seeking to do with his re-interpretation of the James Bond character was very much what Daniel Craig finally succeeded in doing with Casino Royale in 2006 – taking Fleming’s Bond back to his literary roots. Indeed, Tim has gone on record as saying he was very pleased with Craig’s interpretation of 007. Moreover, in 2012, for example – just after it was released – Dalton said he was ‘hugely impressed’ with Skyfall (2012). He also told the Sunday Express in December, 2012: ‘On almost every level this Bond movie is right at the forefront of what cinema is capable of. It is an absolutely modern James Bond, a movie truly of its time. Daniel Craig is fantastic and it feels very real’.

This month (March, 2017) has seen a number of news reports that the house in Florida used for location filming for Felix Leiter’s wedding in License to Kill has just sold for the substantial sum of $5m. Originally built in 1948, the recently renovated (and beautiful) house is located at 707 South Street in Key West’s Casa Marina neighbourhood. The wedding between Bond’s CIA buddy Felix and his fiancee Della (played by Priscilla Barnes) formed a key backdrop to the exciting pre-titles sequence for the movie, and also a crucial plot element in the early stages of the main film. 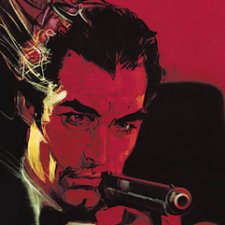