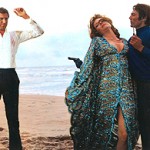 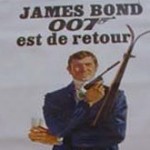 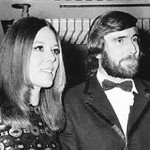 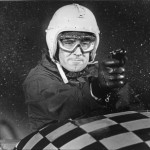 Although only playing 007 on one occasion, George Lazenby brought to the role a younger more physical James Bond in On Her Majesty’s Secret Service(1969), undoubtedly one of the best films in the series.

Playing Bond allowed George Lazenby to move from a career in advertising and straight into the movies.
Born in Goulbourn, Australia, Lazenby started his career as a model and moved into TV commercials for products such as Fry’s Chocolate Cream bar, where he featured as ‘The Big Fry’ man.

He remained in films after his brief flirtation with Bond, in productions as varied as Universal Soldier, The Man From Hong Kong, Stoner, and Saint Jack. Now a native of California, he still appears occasionally in American TV series.

Lazenby was offered a 7 movie deal by the Bond producers EON, but quit the role, because he felt that the tuxedo clad Bond would die out in the new hippie culture that had permeated society in the late 60s and early 70s.
Bond producer Cubby Brocolli, remarked that Lazenby could have been the best Bond had he not quit after just one film.

George Lazenby starred as James Bond only once in