For Your Ears Only: upcoming BBC radio show will celebrate Sir Roger Moore 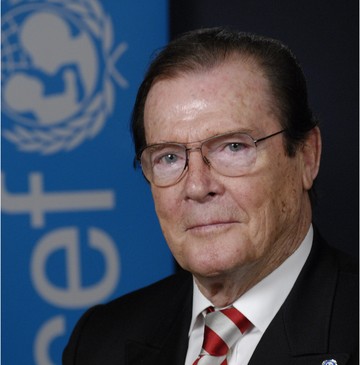 James Bond fans are in for a great Boxing Day treat this Christmas. A very special two-hour radio show to celebrate the life and legacy of Sir Roger Moore, who passed away earlier this year, will be transmitted on BBC Radio-2 in the UK.

The special celebration programme, entitled Sir Roger Moore: Nobody Did It Better, will be hosted by Olly Smith, the British TV presenter and award-winning wine expert, who met Sir Roger on a number of occasions, and became good friends with the third 007 over the years. The radio programme will contain new interviews with Deborah Moore (Sir Roger’s daughter), James Bond producer Barbara Broccoli, and her EON co-producer Michael G. Wilson.

There will also be interviews with Gareth Owen (Sir Roger’s personal assistant and co-writer of his books), and Sir Roger’s close friend and fellow actor Sir Michael Caine.

The upcoming programme will be a very fitting tribute to the actor who, over the course of 1972-1985, made no less than (00)seven hugely successful Bond movies for EON, and who also became passionate about his work and fund-raising efforts for the international children’s charity UNICEF. Over the two hours, listeners will hear Deborah Moore recall happy times spent with her father and brothers as she grew up. Barbara Broccoli remembers Roger and her father, Cubby, engaging in their notorious games of backgammon on the set of Bond. Gareth Owen speaks about the importance of UNICEF in Sir Roger’s life, while Sir Michael Caine recalls with laughter the first time he met the man who would become one of his closest friends.

There will also be various clips taken from the archives of Sir Roger himself speaking in interviews about aspects of his career and life. Programme host Olly Smith, who first met Roger in Monaco, has been a devoted James Bond and Roger Moore fan since he was young, his favourite 007 movie being For Your Eyes Only (1981). The reason he rates FYEO as his favourite is because it was the first 007 film he ever saw. There will be plenty of fans who share Olly’s devotion. 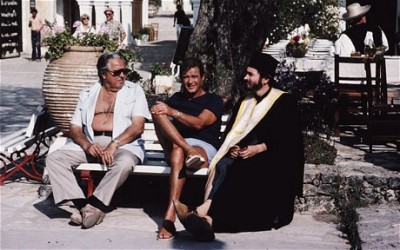 Rare photo of Roger Moore with Cubby Broccoli and Michael G. Wilson during a break from filming ‘For Your Eyes Only’ (1981)