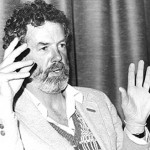 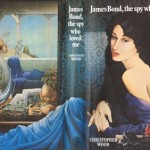 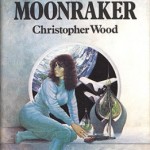 The sad news has been announced that the author and screenwriter Christopher Wood has died, aged 79. He was writer on two Roger Moore Bond movies, The Spy Who Loved Me (1977) and Moonraker (1979). He also penned two James Bond novelizations based on his screenplays for the Bond movies, books which were highly regarded at the time, and still very much stand the test of time today.

Christopher Hovelle Wood (born 5 November, 1935, in London’s Lambeth borough) graduated from Cambridge University in 1960 and, after Natonal Service, set his heart on a writing career. He thus worked by day as an account executive and spent his evenings pursuing his writing dream. He submitted various scripts for TV, but these were rejected, and so he turned his full attention to writing a novel, which – although published – did not seem to lead to the fame and fortune he was seeking. Realising there was a potential gap in the market, he turned his attention to writing erotic comedy novels instead as a way of generating quick money and, indeed, he became best known for the Confessions series of novels and films, which he wrote under the pen-name ‘Timothy Lea’. Both the books and the films were very popular in the UK, and this enabled Wood to leave his day job and become a full-time writer.

After carrying out some writing work for Lewis Gilbert a couple of years earlier, Wood found himself being wooed again by the director in 1976-77; the man who had returned to the Bond franchise to direct The Spy Who Loved Me turned to Wood after several other writers had pitched ideas to the producers and to Gilbert, but had not really impressed them.

Guy Hamilton had originally been lined up in 1976 to direct Roger Moore’s third 007 adventure, and veteran writer Richard Maibaum had penned a treatment which saw the return of SP.E.C.T.R.E., now under the control of a new generation of activists, a kind of new and younger ‘vanguard’. After Hamilton left the movie to work on the new Superman movie, and Lewis Gilbert was brought in by producer Albert Broccoli, Wood re-worked the Maibaum screenplay. He kept SP.E.C.T.R.E., but dropped the ‘young vanguard’ idea, introducing instead a Blofeld-style main villain, named Stavros. However, faced with possible legal action by Kevin McClory, who claimed ownership of the concept of SP.E.C.T.R.E., Cubby Broccoli (now the sole producer on the new movie) instructed Wood to remove all references to the organisation, and the main villain now became Karl Stromberg, an independent shipping magnate.

Gilbert was keen for Wood to inject some ‘comedy’ elements into the Spy screenplay, and this he did. In fact, the arrangement between the two men worked so well that Wood was recalled to work on Moonraker, again directed by Gilbert. This time Wood had more-or-less sole writing duties on the screen treatment, although there was also some work on the treatment by Michael G. Wilson and Tom Mankiewicz.

In 1982, the JBIFC had the pleasure of Wood’s company when he was a special guest at our third James Bond Convention, held at Wembley Conference Centre in London. The then Club President Ross Hendry was able to interview Christopher live on stage, and he proved a highly entertaining guest! Wood acknowledged that some Bond fans had been critical of the direction in which the 007 movies had gone in the late 1970s, and he did hint at one point that he himself had felt uneasy at times about how much ‘comedy’ had ended up in the final versions of his two Bond movies. In his defence, though, he pointed out that, in many ways, the Bond films by then had had a variety of different inputs; sometimes ideas were just created on the spot on location, and not everything was down to Wood himself.

On the other hand, he remained very proud of his involvement with Bond. As Wood later confessed, he had ‘a wonderful time’ on both the Bond movies he worked on, and he wrote affectionately and honestly about his experiences of the world of Bond in his memoirs, published as James Bond, The Spy I Loved in 2006.

Under his own name, Wood was arguably the first author to write novelizations of Bond films (a semi-novelization had been produced to tie in with The Man With The Golden Gun, but this was just something designed for serialisation in local British newspapers). Wood’s novelization of The Spy Who Loved Me, renamed James Bond, The Spy Who Loved Me to avoid confusion with Ian Fleming’s original novel, had nothing in common with the Fleming book. Nevertheless, Wood was determined to capture the writing ‘style’ of Ian Fleming as far as possible.

Similarly, the plot of Moonraker, renamed James Bond and Moonraker, was almost entirely written by Wood, although (interestingly) it did share some similarities with Fleming’s original novel, in particular the villain Hugo Drax. Bond fans generally rate Wood’s novelizations highly. The first Bond continuation author, Kingsley Amis, wrote at one point in The New Statesman that, despite several reservations, ‘Mr Wood has bravely tackled his formidable task, that of turning a typical late Bond film, which must be basically facetious, into a novel after Ian Fleming, which must be basically serious… the descriptions are adequate and the action writing excellent’.

Post-Bond, Christopher Wood worked on a number of other projects, most notably writing the screenplay for the action film Remo Williams: The Adventure Begins (1985), which was directed by former Bond director Guy Hamilton.

Sir Roger Moore posted a tweet about the news: ‘How sad to hear Bond screenwriter Christopher Wood has died. He wrote two of my best’.

In Christopher Wood’s novelization of The Spy Who Loved Me, henchman Jaws’s real name is revealed to be Zbigniew Krycsiwiki. Although Jaws was back in a big way in the movie of Moonraker, in Wood’s novelization the character was not introduced until much later in the story. Wood said he had done this to ensure the character had a greater impact when he did finally appear.