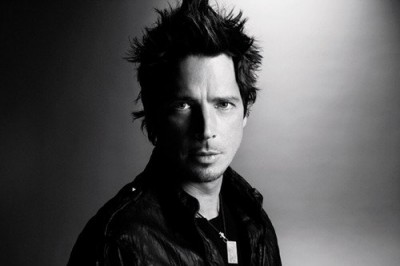 The JBIFC is very sad to report the death of acclaimed singer Chris Cornell, who was found dead on Wednesday evening (May 17th).

The song saw Cornell and Arnold nominated for a Grammy as Best Song Written for a Motion Picture.

The news of Cornell’s death has stunned the music world and his many fans. U.S. officials have confirmed that his death was from ‘hanging by suicide’. EON Productions, on hearing the news of his passing, issued the following statement on social media: ‘Chris Cornell was a gentleman and a true artist. Barbara, Michael and the rest of the Bond family mourn this tragic loss’.

When he was chosen as singer for the movie, it was something of a surprise to many people at the time. Cornell was former guitarist and lead singer for the Seattle grunge band Soundgarden and the hard rock band Audioslave, but he was keen to embark on a solo career. Lia Vollack, who was president of worldwide music for Sony, suggested Cornell as a possible title song artist to the Bond producers and to veteran 007 composer David Arnold. They quickly agreed. It proved to be an inspired choice. Arnold soon realised how Cornell was superb for giving the new Bond theme an extra ‘edge’ to reflect the choice of Daniel Craig as a tough new 007.

Cornell was also able to visit the set early in the filming to get a feel for the atmosphere of the new movie. Moreover, Cornell and Arnold worked very well together. With the title ‘You Know My Name’ from Arnold and many of the lyrics from Cornell, the duo came up with a song that was a perfect fit for the gritty new direction signalled by Casino Royale.

And it is no exaggeration to say that the song, with Cornell’s distinctively rough voice, was a resounding success. 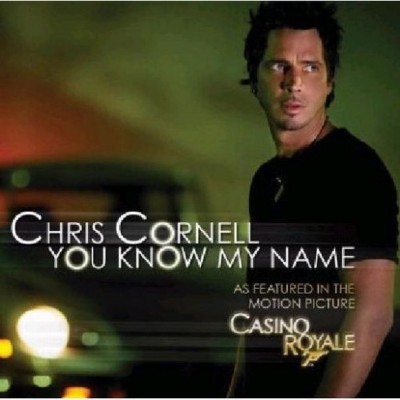