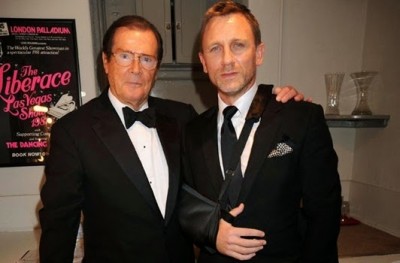 With the sad passing of Sir Roger Moore and the numerous tributes that have been paid to him from the world of showbiz and entertainment, the remaining 007 actors have all paid their own very heartfelt tributes to James Bond number three.

As many 007 fans will know, Sir Roger’s family announced on Tuesday that, after a short but brave battle with cancer, the third James Bond actor had very sadly died.

Sir Sean Connery, George Lazenby, Timothy Dalton, Pierce Brosnan and current 007 actor Daniel Craig, who are all in a sense bonded together as part of the most exclusive club in the world, have all now offered their own thoughts on Sir Roger, his influence and the pure joy that he brought to every friend he knew.

The present-day Bond, Daniel Craig, issued a brief but powerful tribute via the official James Bond Twitter account, together with a photo of himself with Roger: ‘Nobody Does It Better – love Daniel’. 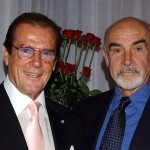 The first James Bond, Sir Sean Connery, said in his own statement: ‘I was very sad to hear of Roger’s passing. We had an unusually long relationship by Hollywood standards that was filled with jokes and laughter. I will miss him’.

The second 007, George Lazenby, also paid tribute: ‘I liked Roger, he was a genuine fellow, a really good guy’. Similarly, the fourth 007, Timothy Dalton, speaking via Twitter, said: ‘I knew Roger as a kind and generous man. He was a wonderfully engaging and successful actor. My thoughts are with his family’.

The fifth 007, Pierce Brosnan, also added his thoughts and appreciation. In a message on his Facebook page, Pierce said: ‘Dear Sir Roger Moore, It is indeed with a heavy heart that I hear the news of your passing this morning. You were a big part of my life, from The Saint to James Bond… You were a magnificent James Bond and one that led the way for me. The world will miss you and your unique sense of humour for years to come. My sincerest condolences to your family and children. RIP’.

It has been confirmed that Sir Roger’s family will hold a private funeral for him in Monaco, in accordance with his wishes. 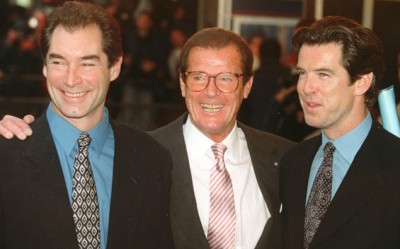