Bondmaker: Mendes to speak on filmcraft at Hay literary festival 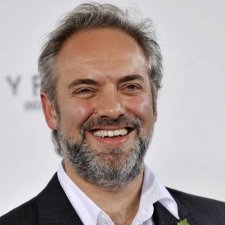 Sam Mendes, the director of two highly successful 007 movies with Daniel Craig, has been lined up to speak at the forthcoming Hay Literary Festival in May-June, 2016. He will discuss the craft of film-making.

The Hay Festival is an annual event held in Hay-on-Wye, a small town on the English/Welsh borders, located in the lovely countryside found in the rugged area around the River Wye. Hay-on-Wye is known as the ‘town of books’, as it contains nearly 30 second-hand bookshops, including one located in an old cinema.

The Festival, which this year runs from 26th May to 5th June, has seen a number of Bond-related guests in attendance over the years, including the 007 writers Sebastian Faulks, Charlie Higson, and William Boyd. Steve Cole’s first ‘Young Bond’ adventure was also launched at the Festival in May, 2014. It is expected that Sam Mendes in his talk at the event this coming May will reflect on his general film career and his critical successes, as well as offer a few comments on his recent 5-year encounter with the world of 007 movie-making. He may also touch briefly on his future projects, including a new film drama called The Voyeur’s Motel, which was announced recently.

Details on Mendes’s new directorial project were released earlier this month: The Voyeur’s Motel will be made for Steven Spielberg’s DreamWorks production company, with whom Mendes has worked with before (such as on the movie Road to Perdition). Mendes will direct the film, and also co-produce the movie in conjunction with Spielberg.

According to various reports, the taboo-pushing thriller is based on an article published in the 11th April issue of The New Yorker by the author Gay Talese, an article that immediately caused a big stir and quickly saw a number of film companies taking an interest in the controversial story. Indeed, DreamWorks apparently won the rights to the material after what has been described as an ‘intense bidding war’.

The article’s beguiling story was based on the life of Gerald Foos, who purchased a 21-room motel in Denver, Colorado, and – with the help of his wife – secretly and painstakingly installed a viewing system through the ceiling vents in each room of the motel so that he could spy on his unsuspecting guests having sex. Combining his sad thrills and voyeurism with an almost fetishistic compulsion to write down everything he observed, Foos kept detailed written records over the years of what many of his guests got up to, and decided that one day he would show this unique social data to a journalist.

At one point, though, his illegal activity led him to witness another act of illegality, something which took things to a whole new level: Foos witnessed a murder. How did he deal with this moral dilemma? Contact the police, or stay quiet to preserve the many years of his own law-breaking? Foos anonymously contacted Talese in January, 1980, to finally tell his story, and only recently gave the author permission to reveal the story publicly in the New Yorker. Whatever the ethical rights and wrongs of all this, it should make for a truly fascinating film. In one sense, after two major back-to-back action movies, it returns Mendes back to the hidden drama of social life in small-town America, something he explored so successfully in his first award-winning movie American Beauty (1999).

Although Mendes will concentrate on filmcraft in general in his upcoming Hay talk, it is quite likely Mr. Bond will inevitably be a big presence at the feast. Mendes has revealed various things about his relationship with James Bond over the years, and the way he dealt with this in his filmcraft.

A good example was in the BBC’s arts programme The Culture Show, screened in the UK on Wednesday, October 24, 2012, after Skyfall had been completed. The Bond special was devoted to a face-to-face interview with the new Bond director and a detailed profile of his career, both in the theatre and in films. The interview was conducted by the BBC’s film critic Mark Kermode. The programme opened with various comments about Mendes and his film-making skills from the actors involved in Skyfall, including Daniel Craig, Ralph Fiennes and Judi Dench. Fiennes praised the ‘lucidity’ and ‘perception’ of Mendes as a director, while Dench said ‘you feel that he is completely in control’.

Interestingly, Mendes revealed in the programme that he saw his first James Bond movie when he went with his Dad to see Live and Let Die (1973), and he said the ‘voodoo stuff’ really scared him, while the boat chase ‘thrilled’ him. Some of this childhood initiation into the world of 007 was arguably recaptured in his Mexico sequences for Spectre.

Discussing his own particular approach to directing a Bond movie back in 2012, Mendes said he felt that some of the Bond movies, such as Moonraker, had become more like travelogues in their approach, losing sight of the story and Bond as the central character. He said he felt that Daniel Craig in Casino Royale had helped make James Bond the centre of the story again, and this was the approach he also sought for Skyfall. On Daniel, Mendes said he believed that Craig is the ‘hardest working actor’ he had ever met.

The 2012 programme also discussed the other movies directed by Mendes, including his first movie American Beauty, which picked up numerous top awards and high praise. He said he was also ‘very proud’ of Road to Perdition, where he also (of course) first encountered Daniel Craig (he said he was struck with Daniel’s ‘blue eyes’ in particular).

Returning back to Skyfall towards the end of the 2012 interview, Mendes said his deliberate approach to the new Bond movie was to combine the ‘modern’ and contemporary with a strong nod to the past, with the last third of the movie especially being a nod to the previous 50 years of 007 (hence the return of the Aston Martin). One could argue that this was the approach he also partly adopted for Spectre, with the opportunity to resurrect an old iconic character, namely Ernst Stavro Blofeld, and introduce him to a new generation.

At the Jameson Empire movie awards held earlier this year in London, Mendes seemed to be drawing the curtain down on his time as a Bond director. Having re-introduced an old traditional foe firmly back to the series in a modern setting, it seems a great pity that Mendes may not take this story further, especially if Daniel Craig does decide to return as 007 for a fifth movie. 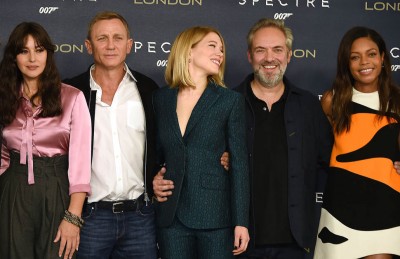