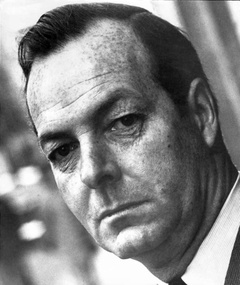 The JBIFC is very sad to report that the man with the golden touch, director Guy Hamilton, who helmed four 007 movies – including the iconic and much-loved Goldfinger (1964) – has died. He passed away on Wednesday, April 20th, 2016, aged 93.

Hamilton, who retired to Majorca in later life, directed four classic Bond movies spanning two decades – two films with Sean Connery and two with Roger Moore. When the sad news was confirmed on Thursday, Sir Roger tweeted that he was ‘incredibly, incredibly saddened to hear the wonderful director Guy Hamilton has gone to the great cutting-room in the sky. 2016 is horrid’.

The James Bond producers, Barbara Broccoli and Michael G. Wilson, on hearing the sad news, also released a statement: ‘We mourn the loss of our dear friend Guy Hamilton who firmly distilled the Bond formula in his much celebrated direction of Goldfinger, and continued to entertain audiences with Diamonds Are Forever, Live and Let Die, and The Man With The Golden Gun‘. The EON producers added: ‘We celebrate his enormous contribution to the Bond films’.

Hamilton lived and breathed film-making and everything associated with it. He once said that he fell in love with movies at a very early age, and knew he wanted to be a director by the age of 12 or 13.

A Golden Life in Films

Guy Hamilton was born in Paris, because his father worked at the British Embassy there in the 1930s, and he seemed destined to follow in his father’s footsteps and enter the diplomatic corps. However, the young Guy made it very clear to his father that his heart was actually set on a career in movies. His father was not keen. When he was aged 16, Guy managed to persuade his sceptical father to let him have six months in the movie business before he returned back to his studies in England.

Hamilton managed to get a job at the Victorine Studios in Nice, France, starting off as a tea-boy, then a sound-man, and next in the cutting and editing room. It all added up to a great introduction and training in the movie business, as Hamilton was able to see things from every aspect and angle. It merely confirmed his strong determination to build a career in film-making.

When the War broke out in 1939, Hamilton was evacuated from France to England. He then briefly worked in newsreels in Britain, before signing up to join the Royal Navy, where he saw active service on destroyers and on Motor Torpedo Boats (MTBs). After the War, he returned back to the movie business, gaining work as a Second Assistant. He was employed on various films, but his most valuable and rewarding experience at this early stage in his career was undoubtedly the opportunity to work with Carol Reed on The Third Man, a director who Hamilton said was ‘a joy to work with’.

Shortly after this Hamilton also worked on another classic movie, The African Queen, followed soon after by Outcast of the Islands. His first film as a full director was a B-movie called The Ringer and, after a series of other relatively minor films, his big ‘breakthrough’ movie was the hugely popular POW escape drama The Colditz Story in 1955.

Guy Hamilton had actually known Bond producer Cubby Broccoli a long time, but when the Bond producer sent him the script for the first 007 movie Dr. No, Hamilton had to politely decline Cubby’s offer; he said he could not do it as he had a lot of family problems at that point, and felt that he could not commit himself to Jamaica for 10 weeks.

When Cubby came calling again for Goldfinger, Hamilton quickly accepted the offer, as he could see that ‘it was a very good script’ and that screen-writer Richard Maibaum had ‘done a very good job’. On the other hand, there were aspects to Maibaum’s script that were – in Hamilton’s view – ‘too American’, so he recruited Paul Dehn to add in some ‘anglicised’ elements.

Hamilton also felt that it was very important to have a villain who would be ‘a convincing threat’. When Broccoli revealed that he had identified the actor Gert Frobe as an ideal candidate, Hamilton took a look at the footage for himself and agreed that he was ‘absolutely marvellous’. Assured by Cubby that Frobe could speak fluent English, Hamilton later discovered that this was not true! Nevertheless, according to Hamilton, despite the language problem, Frobe was ‘absolutely adorable’ to work with.

As Hamilton later acknowledged, Goldfinger in many ways set the template for many of the Bond films that followed: it had action, gadgets, humour, glamorous women, exotic locations, breathtaking sets, and enjoyably memorable villains. It also remains the Bond movie that is most referenced, both in film-making books and in wider popular culture.

Moreover, the talented director arguably played an instrumental role in ensuring a smooth transition in the EON series from the Sean Connery era to the new Roger Moore period. With a new man in the role for Live and Let Die, Hamilton offered some cogent advice concerning the new 007: he emphasised that Moore had to be careful not to imitate Connery’s version of Bond in any way. Reflecting on Moore’s new version of James Bond, Hamilton told Time magazine: ‘He must have his own way’.

As Sir Roger later put it in his book Bond on Bond: ‘I had to be the same, but different’. Guy Hamilton helped Roger find his confidence as the new Bond, and also ensured that the series embraced the 1970s in spectacular style. 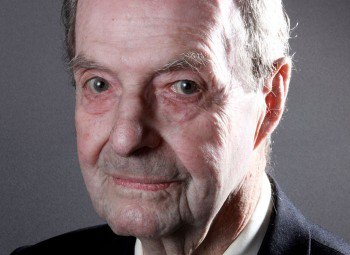